After installation of the private cloud fabric, we noticed SMB Client 30308 alerts on one of our Hyper-V nodes when live migrating VMs: 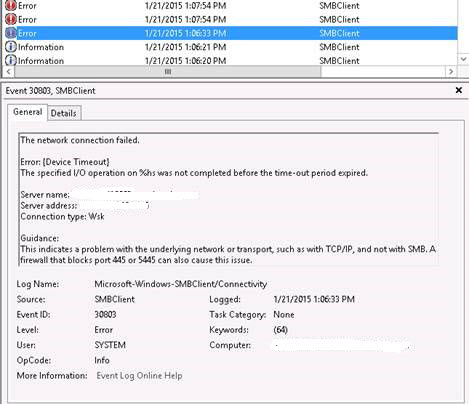 The problem remained in the environment for a while until we noticed that one RDMA nic in the Hyper-V host was configured with a wrong VLAN tag.
After applying the change, the alert was gone.